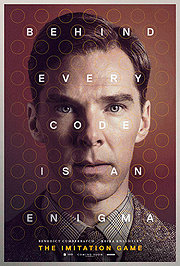 I was watching the Imitation Game tonight about Alan Turing breaking the German Enigma code. It’s so shocking that the government used to force chemical castration on homosexuals. But it did provide a historical perspective that I thought was relevant now. Well, actually 3 lessons can be gleaned from that:

We just elected a man who ran on a platform that is hard to believe would succeed in the 1950s, much less today. He has nominated a man to lead our federal law enforcement who was once deemed too racist by the republican party to be a judge. He has proposed putting a man who thinks global warming is a hoax in charge of environmental protection. He has named a man who made his reputation as an ultra-right wing spin machine his chief strategist. And a man with no diplomatic experience or international affairs knowledge to lead our diplomacy.

Damage is going to be done.

I, like most people, hope that some good might come out of Trump’s presidency. Maybe we’ll get some infrastructure spending. Tax reform could be good if republicans don’t blow up the deficit. They might even act on immigration reform in a way that is at least progress from where we stand today.

But make no mistake, when his term (please let it be just one) is up, damage will be done. Damage has already been done. The fiscal and governmental damage might take decades to clean up. The environmental damage could last centuries.

But progress will move forward.

And one day we will look back at this and say:

What a backwards time that was. Thankfully, we had great leaders like [insert name here] and [first woman president]. And people got fed up with being lied to and demanded that their leaders represent the people, and not they money.

We will get there, because history moves forward. Just not on its own.